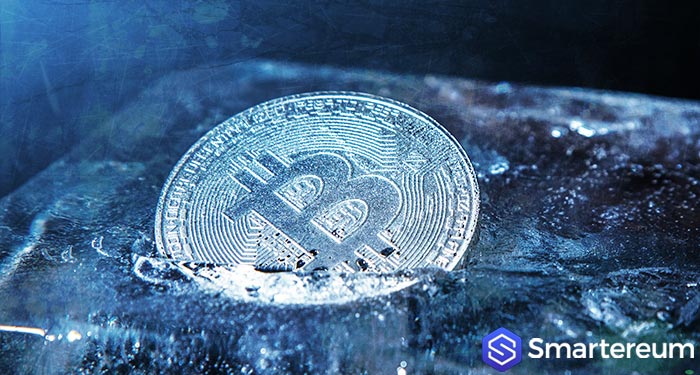 Bitcoin has gotten a lot of buzz recently. It went from an unknown digital currency to a valuable cryptocurrency likened to gold. During this time, it has made some people wealthy. However, this only applies to the people who were on the profitable side of the market at the proper time.

Still, the digital asset is yet to gain full acceptance among the public. This is the only way it can become a currency of the masses and regain its price momentum. Instead, it is an exotic currency for early adaptors and technology enthusiasts who are enchanted by the decentralized nature of the currency.

What is responsible for the lack of widespread use?

Currently, there are three main reasons for the failure of bitcoin to reach more people as suggested by relevant reports and experts. The first one is trust. Senior analyst at Investing.com, Clement Thibault, says the biggest problem is trust. He continues,

“Most people don’t understand the digital currency and only see Bitcoin’s erratic price movement. A lack of understanding coupled with wild price swings creates a negative environment for adoption.”

“Bitcoin’s biggest problem at this point is that the general public unfairly associates it with ICO scams.”

In the meantime, the digital currency is not free from hacks, and this helps magnify the legitimate fears of bitcoin enthusiasts. Another top executive, Steve Russo, who is the VP of Krypti says “Bitcoin is not able to escape the hacking and theft that continues to be on the rise, which seems to occur daily.”

“Additionally, holding Bitcoin is much harder and more complicated than holding cash… You’d need to set up a node, hold your private keys and be entirely responsible for anything that goes wrong. Most people just aren’t ready for this kind of commitment and the comfort of fiat money suits them well, as imperfect as it may be.”

The struggle with Bitcoin exchanges

Also, there is a serious difficulty when it comes to dealing with bitcoin exchanges. Switching back and forth between Bitcoin cash and bitcoin is a hassle. A recent report from LendEdu shows this fact, and it analyzed all virtual currency related complaints in the customer complaints database spanning over two years. This report revealed that there was a sharp spike in digital currency-related complaints. A 17,000% rise was recorded from 2016 to 2018. From this number, the most common complaint was receiving money on time.

CEO of Shakepay, Jean Amiouny, see this problem affecting the mass adoption of bitcoin. This is why he believes creating accessible ramps with fiat currency could solve the problem and help bring BTC to the masses.

Amiouny also believes that people should change their views on the digital asset. He says, “People need to understand the value of Bitcoin as truly permissionless and sound money, more than simply as a speculative asset to ‘get rich quick…And people need to learn how to take responsibility for the private keys that control their bitcoin.”

It is not quite clear how long it will take the cryptocurrency to overcome the problems and become widely accepted. The only clarity presently is that volatility will continue.