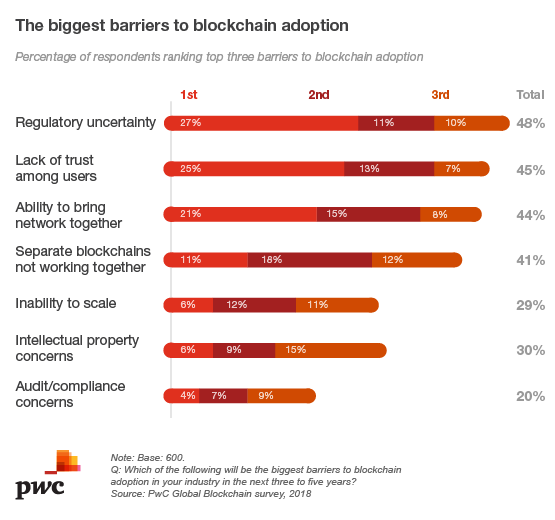 PricewaterhouseCoopers (PwC), a ‘big four’ auditing and professional services firm, on Monday, released the report of its Global Blockchain Survey for 2018. The study findings show that businesses are embracing blockchain innovation despite certain challenges, chief amongst them, regulatory uncertainties around the technology.

The study which was titled “Blockchain is here. What’s your next move?” drew responses from 600 blockchain-savvy executives from 15 countries. Of this lot, 84 percent said their organizations were at a stage of adopting blockchain. While the majority were still in research and development stages—20 percent and 32 percent respectively—10 percent said they were are undertaking pilot projects, and 15 percent already launched and were running blockchain systems.

The Financial Services sector was identified as the most advanced in developing blockchain technology— a testament to notable blockchain and DLT innovations in FinTech. In its Global Fintech report for 2107, 77% of fintech firms said they plan to adopt blockchain as part of their production process by 2020 following an increased effort to innovate internally. In the same report, 50 percent of finance companies identified blockchain as the most important emerging technology to invest in. 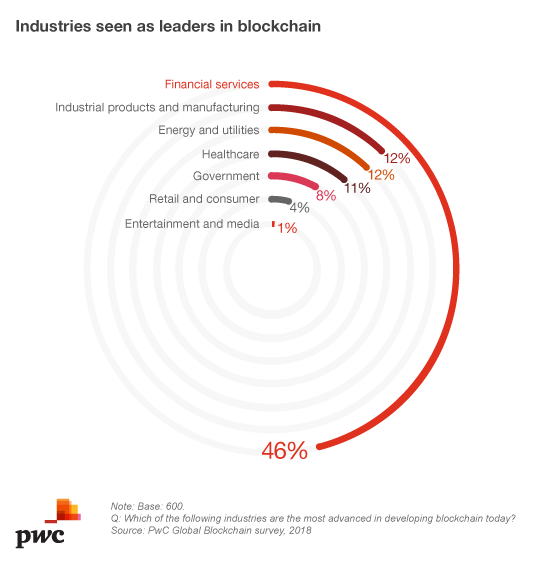 Although the U.S. was ranked as the most advanced country in blockchain development, China is expected to surpass in the next few years according to the report. Chinese organization submitted the highest number of blockchain-related patents to the World Intellectual Property Organization (WIPO) last year. Also, the government, both at the central level and local levels, are aggressively promoting blockchain innovation. 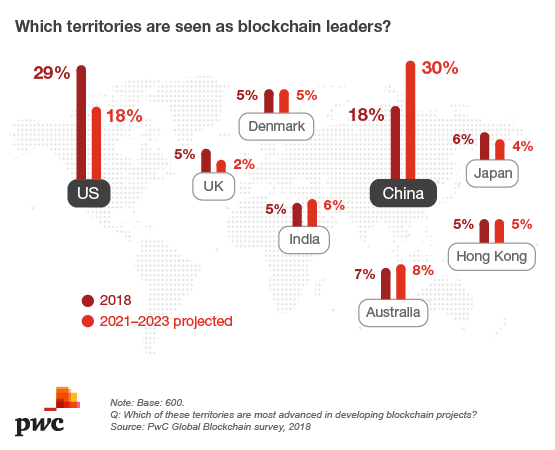 “It’s easy to see why. As a distributed, tamperproof ledger, a well-designed blockchain doesn’t just cut out intermediaries, reduce costs, and increase speed and reach. It also offers greater transparency and traceability for many business processes.”

Despite the interest, about 7 percent of companies had put their blockchain projects on hold, which points to hindrances in blockchain adoption. According to the PwC report, regulatory uncertainty (48%), lack of trust among users (45%) and the ability to bring the network together (44%) were the main factors holding blockchain adoption back. Other barriers identified were the inability to scale, copyright and compliance concerns.