About 30 days ago, many traders believed that no matter how bearish the market gets, the price of Ethereum will never fall below the $300 mark. Today, the second largest cryptocurrency per market capitalization is trading well below this mark as it approaches another significant support. When the rumor about Goldman Sachs abandoning its plans to create a crypto and Bitcoin desk reached the surface, the price of Ethereum fell as low as $192. While a fall in price due to congestion issues was expected, few analysts believed that the price will fall this fast and this low. 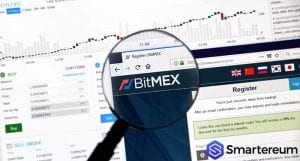 What Role Has BitMEX Played?

Investors have allegedly been shorting Ethereum through BitMEX. The cryptocurrency community believes that BitMEX may have contributed to the Ethereum crash. The allegations started after the official account of the CEO of BitMEX, was captured advising a user to continue shorting Ethereum (ETH). The user was advised to short ETH in an effort to make quick profit even with the negative fundamentals surrounding the cryptocurrency. Traders were encouraged to take high risks to get high and instant returns. This certainly contributed to the decline in the price of Ethereum even if it may not be the only reason for the price fall. The BitMEX shorts definitely contributed to the Ethereum crash.

BitMEX has barred traders from Cuba, Quebec, and the United States amid these price manipulation accusations. Analysts believe that this may have been done in an attempt to avoid having issues with regulators in these places such as the SEC. This move makes the platform more suspicious.

Is The Ethereum Crash Over?

The price of Ethereum has declined significantly but the decline is not over yet. Many experts in the cryptocurrency industry believe that the bear market will not end until towards the end of next month. This means that the price of Ethereum is still going to keep falling for the next month and half. Ethereum may fall as low as $155 before the end of the bearish wave according to Globalcoinreport.