Smartereum
Home Blockchain Will 5G be the catalyst for Blockchain & IoT adoption? 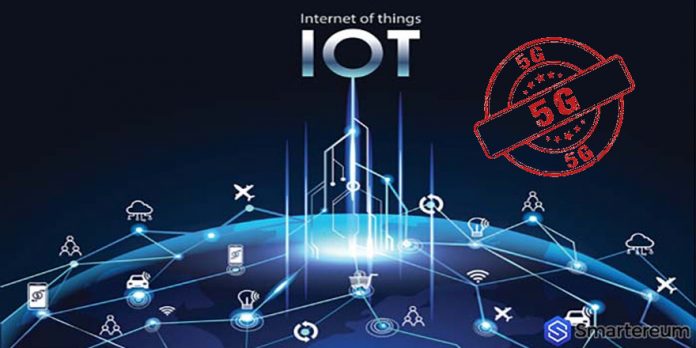 Over the last year or so, we have started seeing the inevitable marketing of the “next big thing” from the cell phone carriers – 5G. The Big 4 carriers in the US have all announced plans for rollouts of their 5G networks. While what 5G actually means seems to currently differ from carrier to carrier, one thing is for certain, the standards will eventually converge over the medium term (2-3 years), and we will see true, consistent 5G networks. We’ve seen this before, with 4G, and 3G before that. 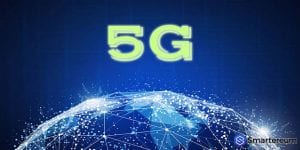 5G is the next (5th) Generation of wireless networks. As with previous next-generation networks, we should see the customary speed increases on our cell phones and tablets. However, what is different this time around is that in addition to the speed increase, 5G promises reduced latency (for quicker response time) and higher capacity (so more devices can be connected). This is in addition to the requisite security enhancements.

Of all the new features of 5G, the ability to connect a vastly larger number of devices, including smaller, less expensive, lower powered devices, has the potential to truly transform the way we live. The ever-coming Internet of Things “revolution” can finally happen! A more detailed explanation of 5G is here.

The Tsunami Of IoT Devices

One of the biggest challenges facing the current generation of internet-connected devices is that the modules (WiFi, Bluetooth, 4G, etc) which enable the Things to connect to the Internet are relatively expensive and power-hungry. Putting a $1 “IoT-enabler” on a $2000 refrigerator might not be as big of a deal, but putting that same device on a $3 light bulb could be cost prohibitive. Also, it needs a constant power source, either via batteries which need periodic replacement/recharging, or via direct connection to the grid.

The upcoming 5G modules are expected to be smaller, cheaper and more power efficient. If they deliver on that promise, we could see them being added to virtually everything. This would mean that the IoT revolution could finally get off the ground after years of promise! 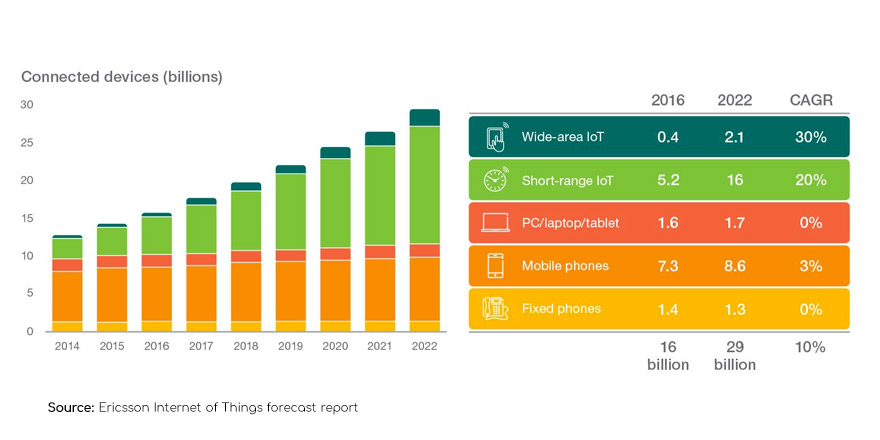 While short-range IoT devices connect over WiFi, bluetooth and other such technologies, the wide-area IoT devices are ones that will connect via low power wide area networks (LPWAN), such as 5G.

Where does Blockchain fit in all of this?

Along with IoT, blockchain has been another one of those buzzwords over the last couple years with a lot of promise but little in terms of concrete results, outside of cryptocurrencies. Blockchain is an immutable, distributed ledger.

Blockchain technology’s application as a cryptocurrency (including most famously Bitcoin) is well accepted, if not always well understood. We are still looking for that “killer app” for non-cryptocurrency applications of the technology. Numerous startups as well as large corporations have been making huge strides on this front. 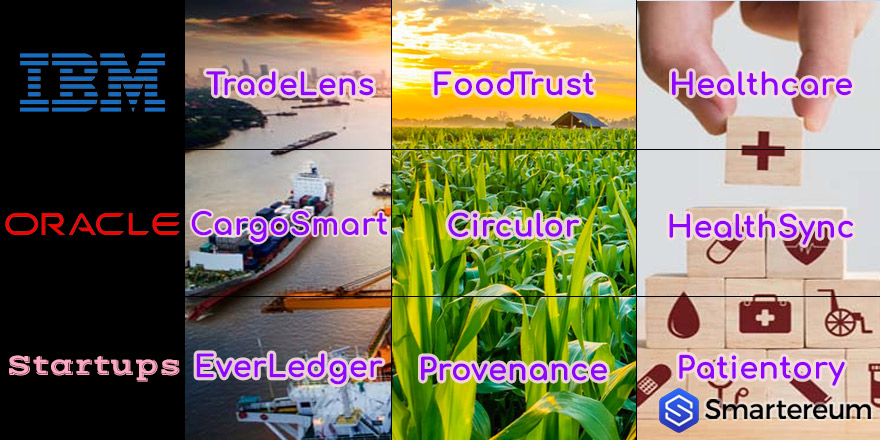 Companies like IBM, Oracle and Accenture, among others, have partnered with industry leaders to bring blockchain-based solutions to verticals as varied as supply chain, healthcare, oil & gas and real estate.

What’s so smart about contracts? 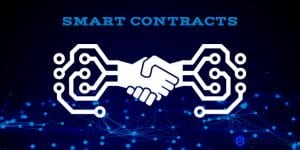 One of the core features of programmable blockchains is the ability to build smart contracts. Smart contracts are programs which execute code structured to act like real world contracts, including rules, penalties, payments, etc. The concept of smart contracts was introduced by legal scholar and cryptographer Nick Szabo in 1994, but were incorporated into the Ethereum blockchain in 2013. A good explanation of Ethereum smart contracts can be found here.

The code for smart contracts is usually well-audited by a 3rd party, sometimes by multiple 3rd parties, for vulnerabilities, and to ensure that the rules are coded correctly and the contracts behave the way they are supposed to. Once the code is finalized and written to the blockchain, the immutable nature of the blockchain prevents any changes to be made to the contract. This ensures that all parties associated with the smart contract have the confidence that the contract cannot be modified by anyone.

The Oracle Problem – Trust In A Trustless World

Given that smart contracts are audited, trustless and immutable, the only thing that could potentially change the outcome of a smart contract is the data that it works on. The data is generally considered “good” once it actually gets on the blockchain.

However, the data being fed to it is, by its very nature, external to the smart contract. The source of this data is called the oracle. And the problem is that the smart contract is now dependent on this external, potentially central, source of data for its working, and it has to inevitably trust it, defeating the core blockchain principles of decentralization and trustlessness.

This is now one of the major hurdles to the widespread adoption and implementation of smart contracts. The other being their legal enforceability.

With the proliferation of devices, humans will be outnumbered by connected devices many times over. We will eventually start trusting data directly captured by a machine vs data manually input by a human (if we don’t already!). This could be for multiple reasons, including the idea that machines will not make “human errors”.

With that assumption, IoT devices could be those oracles which act as a trusted source of data. As mentioned above, these devices will still need to connect to the internet in order to talk to a blockchain. That is where 5G connectivity would be crucial.

For example, if all stakeholders of a supply chain are to consistently, accurately and reliably capture data about the goods being shipped onto an agreed upon blockchain solution, the easiest and quickest way to do that would be via IoT devices which will never “forget” to enter the data, or make a data entry mistake, or intentionally misrepresent the data. This is currently an expensive, and oftentimes technically challenging proposition. However, with the advent of 5G, this could be entirely feasible, thereby improving the accuracy and speed of the supply chain.

The use cases for IoT along with blockchain have been well documented for numerous industries in addition to supply chain. But with the widespread deployment of 5G networks still a few years out, it remains to be seen if this is the catalyst which takes the adoption of IoT & blockchain mainstream.