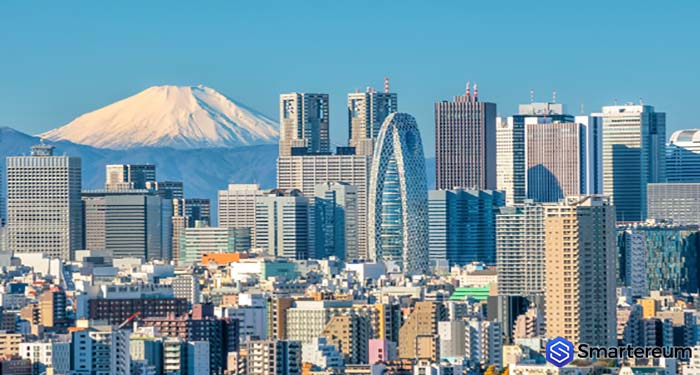 Five banks in Japan have reached an agreement to create a new financial services infrastructure that will be based on blockchain technology. This was confirmed via a joint press statement published on March 1.

The banks involved in the initiative include Bank of Iwate, Bank of Yokohama, Aomori Bank, Akita Bank, and Yamanashi Chuo Bank.

The cloud-based financial services platform which was dubbed “Fitting Hub” was originally registered on February 12, and listed system development and operation as one of its main business areas.

How the Financial Service Platform will function

The statement argued that by jointly offering services on the platform, the collaborating banks will bring down certain costs. It explained that it will achieve this through the use of blockchain technology.

“For financial institutions and business operators who provide services, such joint service provision can make the system inexpensive compared to separate systems, as well as greatly reduce postage and mailing costs.”

“…by combining the distributed register technology and the data encryption technology , We are building a safe and low-cost system…By integrating authentication functions, users are able to use services without being conscious of financial institutions.”

The venture is in partnership with IBM Japan which indicates that the tech giant will bring its vast experience in enterprise blockchain into the development of the system.

Per the announcement, the platform will begin its electronic delivery service in April this year. Local reports had earlier suggested that it will launch one year after it began testing in July 2018.

This 5-bank Financial Service Platform is one in a growing list of collaborative blockchain initiatives in Japan. The country, which has regulated crypto exchanges, seem to be embracing blockchain especially in the financial sector.

As reported by Smartereum last year, nine Japanese banks agreed to come together to try out an inter-bank settlement system with blockchain-based technology developed by Fujitsu. As Fujitsu explained at the time, the banks planned to use a digital currency in an attempt to provide low-cost transfer for small transactions with a real-time gross settlement. The consortium included MUFG Bank and Mizuho Bank.

Last month MUFG, announced that it was making plans to launch a payment network based on blockchain technology by 2020. The system will be dubbed ‘Global Open Network’, will be achieved in partnership with Akamai cloud computing platform and will use blockchain, cloud tech and artificial intelligence to process up to million transactions every second.