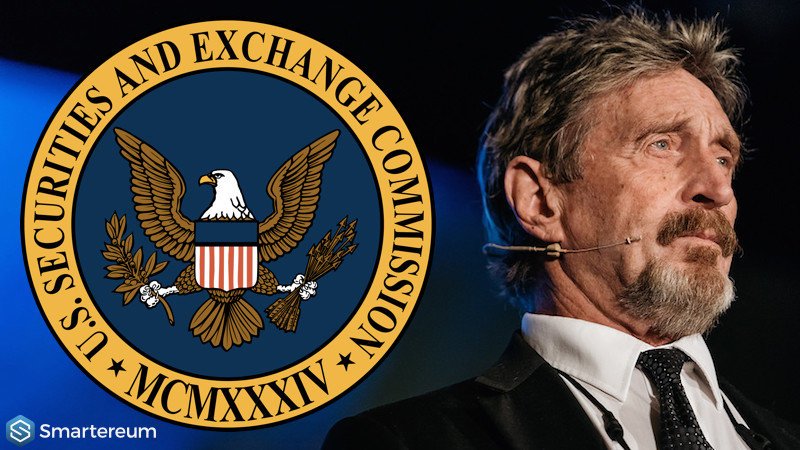 On February 15th, the SEC published the first Bitwise Bitcoin ETF on the Federal Register and requested for comments concerning a rule change. Since the day the request was for a Bitcoin ETF was filed, the SEC had 240 days to make a decision before the filling expired. The initial Bitcoin ETF decision by the SEC was to happen 45 days from February 15th. Yesterday, the SEC ran out of the 45 days and had no choice but to delay its Bitcoin ETF approval or disapproval. Now, it has another 45 days to decide again. Initially, the announcement on was as follows;

“We either approve or disapprove or institute proceedings to determine whether to disapprove, the proposed rule change.”

Yesterday, the SEC said that it has received 21 comments regarding the rule change for the Bitwise Bitcoin ETF. Meanwhile, the VanEck, SolidX and Cboe Bitcoin ETF is still being considered by the SEC. The Cboe Bitcoin ETF request, which was initially filed last year, was withdrawn during the United States government shutdown in January after being postponed on several occasions by the SEC. Cboe Bitcoin ETF approval or disapproval was submitted again on the 20th of February and the SEC asked for comments once again. The SEC, at the time, said that it will finally make a Bitcoin ETF decision on the 21st of May. Hopefully, it would finally announce the Bitcoin ETF approval that the enter cryptocurrency market has been waiting for more than a year.

The Bitcoin ETF approval is going to pave a way for institutional investors to enter into the market. The entire cryptocurrency market has been waiting for this institutional money to change the game for Bitcoin and lead to the next Bitcoin bull run. However, even without the influx of institutional money, the 15-month long bear market seems to have come to an end.

For the past three weeks, since the price of Bitcoin moved above the strong resistance at $4,000, it has found relative stability. A prominent cryptocurrency investor, Alex Kruger, recently said that the cryptocurrency bear market ended about three weeks ago but rise above $4,200 for Bitcoin is necessary to confirm the end of the bear market.

This morning, cryptocurrencies started trading in green against the USD. Digital asset investors across the crypto industry are excited about the cryptocurrency news regarding the end of the cryptocurrency bear market. At the time of writing, the price of Bitcoin was approaching the $4,200 level trading at $4,099.46. This means that it is up by 0.47% against the USD. The 24 hour trading volume is $10,477,172,144 and the market capitalization is $72,224,674,164 per CoinMarketCap.com.

What do you think about the delayed Bitcoin ETF decision by the SEC? Will it affect the cryptocurrency news negatively and disrupt the next Bitcoin bull run? Share your thoughts in the comment section.