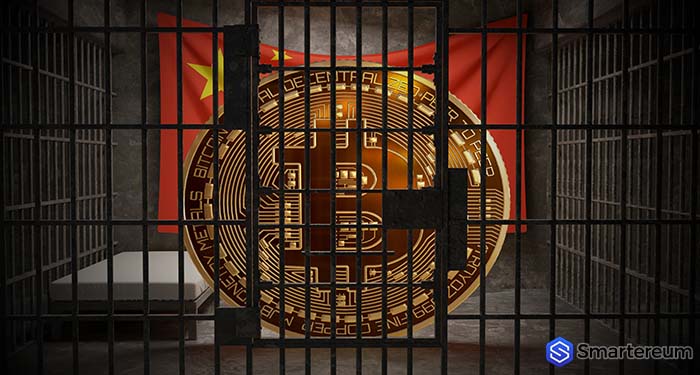 NDRC is China’s State macroeconomic planning agency. The agency is responsible for developing holistic and comprehensive policies in line with long term direction for the country. This includes the Catalogue for Guiding Industry Restructuring that determines industrial sectors to be supported, restricted or banned in the country.

As one of its roles, the NDRC maintains a list of industrial activities to prohibit. The NDRC has reported added cryptocurrency mining to its prohibited list which reportedly contains over 450 activities that pose safety risks, environmental risks, or violates State laws and regulations.

Citing local sources, Reuters reports that NDRC’s decision to eliminate cryptocurrency mining is in line with “the attitude of the country’s industrial policy” the cryptocurrency industry as a whole.

Because it did not propose a timeframe for eliminating cryptocurrency activities, it is interpreted that the government agency recommends an outright and immediate stop of cryptocurrency mining activities in the country. However, NDRC is receiving public feedback for the draft list which was published yesterday.

How Cryptocurrency Mining Ban in China will affect the Industry

China is a preferred destination for bitcoin miners mainly due to of the availability of cheap electricity and mining hardware. Bitmain, the largest producers of specialized cryptocurrency mining chips and major mining networks is based in China. As Smartereum reported, the company planned to add 200,000 units of cryptocurrency mining hardware valued at around $80 Million in other to take advantage of China’s cheap hydropower during the raining season.

Just like in 2017 when China’s crypto ban shook the entire crypto market, a ban on all cryptocurrency mining will negatively affect the cryptocurrency market globally at least in the short term. In addition, crypto miners who set up shop in China will suffer significantly. Put in perspective, two-thirds of the world’s crypto miners were based in China.

Majority of the top cryptocurrencies have responded negatively to the cryptocurrency new today. Compared to the same time yesterday, all top 20 coins except Tron and stablecoins posted losses in price.

Tron appears to be the outlier as the cryptocurrency has gained 7 percent against its price for yesterday. This follows the announcement of Sun Network expansion timeline.

The slight dips experienced at this time could be a minor correction within a predominantly bullish trend for bitcoin and other cryptocurrency prices. Analysts are drawing parallels between the current bitcoin bull run and the historic bitcoin surge of 2017.