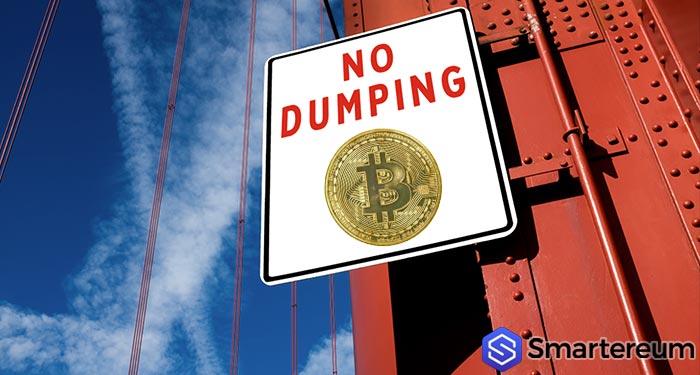 Ever since the ultimate December 2017 to January 2018 cryptocurrency bull run, shady investors have been using pump and dump schemes to scam the regular investor. This pump and dump schemes aren’t just common among shady brands, research showed that even major cryptocurrency exchanges have been used as avenues to pump prices within hours and dump them within seconds. Most of these schemes are organized by Telegram groups to the detriment of the regular retail investor.

$7 Million For Pumping And Dumping On A Daily Basis

As reported by the Massachusetts Institute of Technology, Benjamin Livshits and Jiahua Xu from the Imperial College London, discovered that $7 billion out of the daily trading volume in the cryptocurrency industry comes from pump and dump schemes. The goal of the research was to figure out how these schemes occur so as to stop them before they even start.

The research showed that hundreds of pump and dump schemes occur every quarter and that the only way investors can protect themselves is to avoid assets that show even the slightest signs of artificial price buildup. The study was conducted on 236 schemes one of which was a cryptocurrency called BVB. Studying the progress of this coin from July 21 to November 18, the researchers determined that a pump and dump group on Telegram announced to its members that it would be initiating a pump on BVB. A few seconds later, the price of the coin skyrocketed and reached its peak within 18 seconds. Part of the research was as follows:

“We observed that the first orders were completed within one second after the announcement was made on Telegram. In about 18 seconds the buying wave had taken the price to its peak. After about three and a half minutes, the price of the coin fell below its initial price.”

Keep in mind that these pump and dump schemes are illegal and the CFTC frowns at them. However, they are more common among coins with low market capitalization that don’t record more than one million in trading volume in a daily basis. These coins are easy to manipulate by people who create an artificial upward trends within seconds. When the price increases suddenly, other unsuspecting retailers will buy in to benefit from the bull run taking the price even higher. Then those who initiated the pump will start selling out leaving the retail investors to suffer the loss of the dump.

According to the research, some insiders gathered cryptocurrencies even before the pump was initiated in a bid to gain more from it. These pumpers gained more than their fellow pumpers.

What Is The Solution?

Using machine learning and AI, Livshits and Xu were able to detect potential pump and dump schemes before they started. However, many retail traders do not have access to this technology. What can these ones do to protect themselves from such schemes? Well, the researchers suggested that these investors should avoid buying coins that have low volume and low market capitalization but suddenly starts recording lots of trades.

For now, it’s difficult to hold those responsible for pump and dump schemes accountable. The CFTC has warned groups involved in the past but no strict laws have been passed to bring justice to those who initiate them.